“I care to live only to entice people to look at Nature’s loveliness.
Heaven knows that John the Baptist was not more eager to get all his fellow sinners
into the Jordan than I to baptize all of mine in the beauty of God’s mountains.”
JOHN MUIR 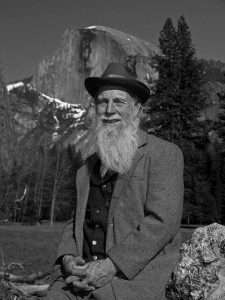 A few days ago I received mail inviting me to participate in voting the Catalan Congress. I was delighted because previously I had been told only Spanish nationals are permitted (which seems strange, since I live here, and pay my taxes). Anyhow, great, so now the question is who to vote for? In exploring my options I am looking for a party that is not so anthropocentric in their outlook and has climate change, biodiversity and animal well-being high up on their political agenda. The only party I find is PACMA (Animalist Party Against the Maltreatment of Animals), but for whatever reasons they are not on the list here.

Isn’t it amazing that even today, in our scientific age, a time where large parts of the Earth are clearly in great jeopardy, most political parties still ignore the intricate oneness of all life. Isn’t it true, that for a very long time, the human species has seen itself as superior to its’ animal brothers and sisters? In his wonderful book „A short history of mankind“ Yuval Harari points out how we in our characteristic modesty have termed our own species homo (wise) sapiens (human).

In 1916 John Muir, the spiritual father of America’s National Parks, observed that
“… nature’s object in making animals and plants might possibly be first of all the happiness of each one of them, not the creation of all for the happiness of one. Why should man value himself as more than a small part of the one great unit of creation?“
To John Muir it was obvious that a human being is made of non-human elements only – like food, minerals, air, sunshine, water, ancestors, both human and animal. For him it was obvious that all of life is sacred. I am sure he too wondered why on earth not everyone had the eyes to see this? So his mission in life was to open peoples eyes to natures beauty, and to stir-up the motivation to protect it.
“I care to live only to entice people to look at Nature’s loveliness. Heaven knows that John the Baptist was not more eager to get all his fellow sinners into the Jordan than I to baptize all of mine in the beauty of God’s mountains.”

Today large parts of society are living urban lives and are somewhat removed from natures magnificence. Back in Muir’s days (1838-1914) most people were still living very close to nature. Yet, while one guy, lying in the meadows of Yosemite valley felt he was in heaven on earth, another one was cutting down the majestic Sequoia Redwoods down the road. So clearly: disregard for life, doesn’t come from being physically removed from nature only. So what is it then that makes someone feel great reverence for life, while another one does not? And what role might the experience of nature play in a transition towards a humanity in harmony with life on Earth?

Four notions to be thrown away!
In my mid-20ies I fell in love with the teachings of the great zen-master Thich Nhat Hanh and became his student. During a 21-day retreat called „The breath of the Buddha“ Thay (as he is called by his students) spoke about a teaching in the Diamond Sutra, where the Buddha encouraged his students to investigate deeply held core believes and to throw them away if they do not hold true. The Buddha identified these believes to be at the root of much suffering. Thich Nhat Hanh’s comment reads:

“The first notion we need to throw away is the notion of self. There is the idea that I am this body, this body is me or, this body is mine and it belongs to me. … You cannot exist without your parents, your ancestors, food, water, air, earth, and everything else in the cosmos.

The fourth notion to be thrown away is the notion of life span. We believe that we’re born at one point in time, that we shall die at another point in time, and that in between is our life span. Most of us believe we’ll spend seventy, eighty, ninety, one hundred years on this planet and then we’ll be gone. But when we look deeply, we see this is a wrong perception. In our mind, to be born means that from nothing we become something, to die means that from something we become nothing; and from someone we become no one. But a cloud can’t be born; it has come from the water in the rivers and oceans, and dust and the heat of the sun have helped create it. A cloud can never die; it can only become rain or snow. … Birth and death are notions that cannot be applied to reality.“

These teachings had a great impact on my life. Intuitively I sensed their tremendous significance. Especially the advice to throw away the notion of being a separate personal self grabbed me and didn’t let me go. How the hell do you do that though? And what does it mean? Years later Thay’s blessings carried me to Mooji, my beloved master, who’s whole focus is to help his students destroy the delusion of personhood with the sword of insight and understanding and a good portion of grace. Through the practice of self inquiry the idea of being a person, although universally accepted, is exposed to be fictional, not factual. Personal identity is a kind of cocktail mixing culture, conditioning, thought, memory, belief, projection, etc. But, if I am not a person, who or what am I then? A mental answer won’t satisfy.

So, just for a moment, even while you are reading this, do not touch thoughts about the past, nor ideas you have about the future. Any thoughts about the present moment, leave them alone too. Allow yourself to be completely empty. Empty of all judgement and pay attention to what is actually here. Effortlessly here. Just feel. Feel and sense the aliveness within. Take a moment. Just pay attention to this totally natural sense of empty neutrality.  Even without touching any thought, memory, imagination, history or identity, you know that you are here. Is anything missing? This is the sense of being. The sense of conscious presence. Enjoy your self.

Notice that this sense of being is always here. It is prior to your person. Your person needs past and future, memory and projection. With the person a sort of dream-world arises and seems to eclipse your natural sense of pure being. But it is only a seeming. Continue to give attention to your sense of being. Never mind the mind. Perhaps the greatest advice I ever received was to learn to ignore rather then fight the mind (thought) and to give attention to my self (the unmixed sense of being) instead.

Baptised in nature. Baptised in the heart.
This sense of being is the quintessence of ourselves. It is the most natural and the most satisfying experience when perceived and honored consciously. To discover it is not difficult, yet we must search wholeheartedly, grow humble and wise in the process. It is so natural that we have overlooked it for a very long time. When a human being becomes conscious of this dimension within, a natural attraction sets in and our attention is pulled into the heart (not the physical heart, but the spiritual heart, the subtle vibration of being, the natural sense of presence within). Slowly it becomes clear that this is what I am. Here, knowing and being are one. Here, I feel totally at home. Happy. Baptised in the heart.

As attention matures in the heart-field, as the belief in personhood is gradually replaced by the impersonal sense of being, wisdom is born, peace is born, satisfaction is natural again. Now we intuitively know that all sentient beings are one in essence. This is John Muirs „…great unity of all creation“. Now that this isn’t a conceptual idea anymore, it makes all the difference. Our habits may take a while to adjust, but a deep love and respect for all beings, is slowly beginning to replace our selfish ways. Naturally happy and fulfilled. Yes, we must play all the different roles that life may require from us. It is quite natural to relate and to do our work of course. We mustn’t dismiss the world. I would say that the most important, altruistic and satisfying work is to pay attention to the sense of being. Like this we are waking up to our own essential nature, putting an end to the crude and rude ways of personal identity. The Earth really does not suffer from wars and environmental destruction. The Earth suffers form ego, which is personal identity – it is the root cause! When ‘I am’ becomes personal, arrogance and ignorance are born. The I-am-this-person-idea deeply believed in has the power make the whole world blind. And somehow we can’t avoid being dipped into these waters of ignorance. But growing up can also mean growing wise, growing out of the tight grip of personhood. Shouldn’t education play an important role here?

Being in nature can help us in the process of self inquiry, because nature simply is. Nature doesn’t put more ideas into our burdened minds, but inspires us to be, to relax, to enjoy, to play. We are a kind of body of resonance like a good old Violon Chello. When we are in nature we are in good company, surrounded by peace and beauty, it penetrates us like the sun rays are absorbed by a leave. Here our roots of discernment and inward attention can grow strong and stable more easily. In nature we can observe that all is taken care of somehow, unfolding, unforced, in the here and now. Naturally our trust in life grows deeper. As we stop to struggle managing life according to our own projections, our minds become empty and our existence feels light, more spontaneous and blessed again. And don’t worry. Life is wise enough to keep just a bit of trouble, a little struggle, so that we don’t fall asleep again. Like this grace helps us fend off the arrogance of both, believing to be Mrs or Mr Somebody and believing to be Mrs or Mr Nobody.